Umivale, Mutua colaboradora con la Seguridad Social nº 15, is a voluntary association of non-profit companies. Umivale’s work is oriented to offer the best Occupational Health to the mutual companies: advising them in prevention, treating their workers in case of Occupational Accident or Occupational Disease and managing the benefits that by Law correspond to them.
We have 55 assistance and administrative centers of our own, as well as an extensive network of subsidized centers. Among them is the Umivale Paterna clinic, which has health care rooms, treatment room and radiology. It also has a parking space for people with reduced mobility.

The event, which was held in the Veles e Vents building, was also attended by other members of the Board such as the president of the CEV, Salvador Navarro, or representatives of companies such as Mercadona, Banco Santander, BBVA or Consum, as well as numerous representatives of other mutual companies.
Likewise Umivale managed in 2019 more than 461 million euros in economic benefits for incapacity due to accidents at work, occupational diseases, common contingencies, cessation of activity of self-employed workers, risks during pregnancy or care of a sick minor child, among others. 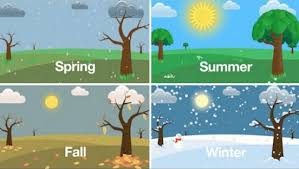